How to Set Up a Home Computer Network

How to Set Up a Home Computer Network

Many people want to know how to set up a home computer network so that they can benefit from having one link for their computers, external storage devices, printers, gaming consoles, files, telephones and home entertainment systems that have wired or wireless networking capabilities.

The first stage is to decide on your network architecture, i.e. the network type: wired, wireless or mixed, the devices you would like include into your network and how they will be connected. Three main aspects to keep in mind are:

The three most common network types are (1) Ethernet (wired connectivity using special cable), (2) Wireless Ethernet (Wi-Fi) or (3) Phone Line (HPNA). Also, there are networks that use a home electrical wiring for communication. Wireless (Wi-Fi) based network can operate in one of two radio bands – 2.4 or 5 Gigahertz or in both – 2.4 and 5 Gigahertz radio bands on dual-band wireless networks.

If good speed is your main concern, then Ethernet is a good option. The standard Ethernet router’s speed is 10/100 Mbps (Mega bits per second) and now you can find 1000 Mbps routers. It is also the least expensive of the network types. Once everything is connected, however, all three networks work the same.

Each home computer network that has more than two devices (computers and/or peripheral devices) consists of central device – a network router (wired and/or wireless) and a few network adapters – that connect network peripherals such as computers, printers, and storage devices to the network.

After choosing right type of network router, the next step is an adapter selection, of which Ethernet has three options – USB, PCI and PC Card. USB adapters plug straight into your computer or any peripheral device with USB port but the USB connection usually has a limit of 54 Mbps. PCI adapters (wired and wireless) less expensive and very fast but are inserted internally so you’ll need to open the computer. PC Cards are for laptops.

After this come the cables for connections between the computers. Ethernet cables are of different CAT numbers which are an indication of quality. CAT5, CAT5e, CAT6 are of good quality. Connecting two computes will require a crossover cable. Connecting three or more computers requires an Ethernet Router, Switch or Hub.

Next, install the network drives and the network card that came with it on your PC, following the installation procedures instructions. When network drivers are properly installed the link lights for the nub and Ethernet cards come on. Link lights will not come on until everything is properly connected.

Determining the number of routers or hubs, cables and adapters you need depends on how many computers and peripheral devices you are linking up. Two computers will require a cross-over cable, two adaptors and one router, hub or switch (optional). Three or more computers require one router, hub or switch plus adapters and cables for each machine. Afterwards you must configure the network and this stage has four main elements and two levels.

After the Network’s Setup

Once the configuration is complete then you move into troubleshooting. This means clicking on the “Network” folder in Windows Explorer to ensure you can see all the other computers on your network. If you get a “network inaccessible” message, try again after a minute or so as it takes a while the first time for the network to completely initialize the router and peripherals. If still it doesn’t work, switch off the router or hub and reboot, then reboot computer, followed by the other computer and all other peripherals (if applicable). 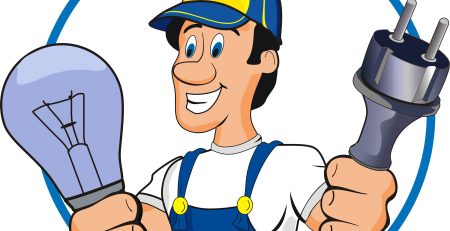 The man is repairing the switchboard voltage with automatic switches. Electrical background Why We Need Electricians Why do people need a electrician?Most... read more

A primary reason the initial expansion of data cables spanned several decades was due to cost and a variety of... read more

The Thing About Speaker Wire Cutters

There's nothing better than enjoying a great movie in the comfort of your own home. This is why DVD players... read more

In addition to this some of the pertinent issues, the industry faces in manufacturing products are:1. Regulatory Compliance and traceability:... read more

Tips on Extending the Life of an Ignition Coil

The ignition coil is an important component of a car. It converts power of a few volts from the battery... read more

Why You Should Use A Part-P Registered Electrician

How does Part 'P' affect me, the Homeowner? It's all to easy to... read more

What Is Resonance? All vibrating things in this world have their own, "natural" frequency which they are most comfortable with.... read more