You might have looked at this article’s title and find you disagree vigorously. After all, you’ve been running your 50 watt halogen spreader lights for years and they’ve served their purpose just fine. You might just be one of those folks who believes that “if it aint broke don’t fix it”. However, chances are that by the time you finish reading this article, you’ll be more than a little curious as to whether or not switching your old halogen spreaders to LED versions would be a good idea after all.

Spreader lights can mean a lot of things to different boaters, and really, they cover a wide range of exterior lighting designs and styles as well as applications. Some folks like to use them for illuminating decks while fishing, others use them for recreational activities, still others like to mount them for dual roles, using them to illuminate the waters around the boat as a fish attractant while still being able to position them for utilitarian uses like working on decks or managing repairs and servicing while at dock. However you mount them or use them though, there are some common denominators that all boaters considering installing a decent set of spreaders need to take into consideration if they hope to get the most out of their lighting system.

One of the biggest problems boaters encounter with spreader lights is their usually high power requirements. Since they have to provide adequate illumination for tasks like tying lines or even engine repairs, they need to be bright. Since the usual spreader light is typically fitted with an incandescent halogen bulb, this means spreaders of about 35 to 50 watts are necessary to provide the needed light output. A single 50 watt halogen spreader will pull about 4.5 amps when running of the 12 volt electrical systems common to most boats. It’ll produce about 850 lumens of slightly yellowish light, and it’ll run hot, so it’ll need to be mounted away from any cloth or lines to avoid problems. If you figure on running two or even three of these 50 watt spreads, you will be looking at about drawing 13 amps continuously from your battery reserves. This is a significant drain and means you’ll have to be judicious in their use to avoid using too much power and frequently running the engine or generator to replace it.

Halogen spreader lights also tend to be bulky and somewhat cumbersome. Usually round or square in shape, they require a reflector assembly in order to more effectively distribute their light output. This need for a reflector means the size and of the housing will be increased, which in turns reduces the potential number of mounting locations available to you. The power requirements of halogen spreaders light is also such that wiring will also be an important consideration. You’ll have to be certain that the lines you tap the spreaders into can sustain the added load of two or three spreaders pulling 8 to 12 amps, and if not you’ll have to run another line with breaker protection.

Another important consideration is the durability of your old halogen lamps. Although they may have a steel housing and gasketed lenses, this does nothing to address the basic wire filament design of the bulb itself. Every vibration and impact in the hull is transferred to that fragile wire filament in the bulb. Over time this abuse weakens the filament, and in some cases can even cause it to break. Particularly is the boat is underway and the lights are running, a hot filament can be easily damaged by rough conditions. This of course means an even shorter bulb life, shorter even than the halogens’ modest 500 hours average rating.

Since LEDs came on the scene boaters have been flocking to them, well, like moths to a light, and for good reason. Every one of the issues we’ve presented here can be improved upon or even eliminated by a switch to LED equipped spreader lights. The biggest draw for boaters initially has been the much more efficient operation of the LEDs compared to the incandescent halogen. As we mentioned earlier the halogen spreader at 50 watts is pulling about 4.5 amps and producing about 850 lumens. For comparison, a single 20 watt LED spreader light can produce up to 1800 lumens while pulling only 1.7 watts. This means you could produce more light with one LED spreader light using only 20 watts and less than 2 amps, than you could with two 50 watt halogen spreaders pulling over 8 amps! This kind of performance means you can run your spreader lights longer, using less power, and even run them for several hours longer than the halogens before you would reach the same level of power drain on your battery banks. This alone has been more than enough impetus to convince many boaters the switch is worthwhile.

LEDs also tend to be much more compact in size, and their unique design is such that they can be fitted to a wide array of housing designs and shapes, which opens up a wealth of potential mounting positions and locations. Instead of the usual round or square spreader lights normally available, LEDs can come in round, square, rectangular, oval, and even strips since they don’t require a large single reflector, allowing you to mount them in places where they’ll be unobtrusive while also getting the maximum amount of light on your target area. They also run cool, so mounting them next to the fabric of a canopy of the ropes from rigging won’t pose a heat issue that could potentially damage those materials. Their low current requirements mean they can use lighter gauge wire, and your existing harnesses will probably be more than adequate to meet their power needs. Finally, since LEDs are solid state in design, they have no glass bulb or wire filament in their construction. This gives LED spreader lights excellent resistance to the damage that can come from the repetitive impacts and vibrations produced by a vessel while underway.

LEDs have proven themselves so effective that most boat manufacturers are now including them as standard equipment on many of their models. Already a decline in incandescent light is taking place as LEDs slowly push them into obsolescence, and it won’t be long before LEDs dominate the boat lighting markets. The boater that switches to LEDs stands to save money, improve onboard lighting, and reduce the effort it takes to maintain and monitor their power reserves. For these reasons and even more we haven’t touched on here, converting to LEDs is indeed going to be an inevitable change in the near future. Fortunately, this is a change that any boater can live with. 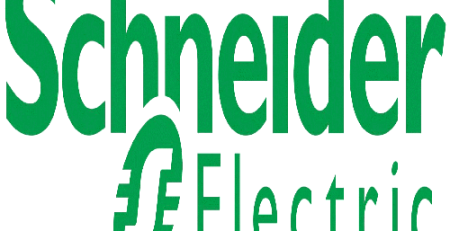 Schneider circuit breakers and switches Schneider is considered One of the largest international companies specialized in the manufacture of electrical products,... read more

How to Power the House Without Paying Electricity Bills?

electricity How to power the house without paying electricity bills? Don't worry you won't have to do any funny wiring, but... read more

electricity Electric cars are the new addition to the automobile industry. With technology taking up a pace in today's era, the... read more

HDMI vs DVI, what is the difference? Which one is better? Are DVI and HDMI compatible? And... read more

Illumination is a very important part of any remodel and standards brought forth by Richard Kelly (considered one of the... read more

To get the most of your entertainment dollar, some expenses can be combined into bundled packages. One of the most... read more

Honda generator EB3800 is one of Honda's industrial generator models that is designed for construction use and is also ideal... read more

In your front or even your backyard you want to make sure that there is enough light so that you,... read more