There have probably been many incidents where having some type of light illuminate the ground would have been greatly needed to see what you’re stepping in at night. On certain cars, there are external lights placed underneath the side view mirrors and doors to serve this purpose, but unfortunately not every comes with this luxury. And on some occasions, even these lights are not enough! LED Puddle lights are a perfect solution to issues like this and similar. This article will go over the common questions that most people have about puddle lights.

1.) What exactly are puddle lights?

Puddle lights are what the name suggests: Lights to illuminate the ground to avoid stepping into puddles or any other undesirable surface. This type of light was made popular thanks to the aftermarket tuning company, Brabus, which specializes in Mercedes-Benz vehicles. On a large variety of the Brabus tuned Mercedes-Benz cars, an option was given for LED courtesy lights which are installed in series underneath the side skirt along the side of the car. Since the introduction of these LED, puddles have been retrofitted on other vehicles as well such as Lexus, BMW, and more.

2.) How do these install onto the car?

There are multiple ways to wire these LED puddle lights to your car; some examples include tapping them to the side door lights or your map/dome light. Other examples include tapping it to your vehicles radio or even an accessory wire to keep the lights on when the car is on. There are multiple ways to power up the LED, but the main idea to follow is to tap the lights to a power source you want them to be on with. For example, if you would like to the LED to be on when you open the door, simply tap the power to the lights to your vehicle’s interior lights.

4.) What are the things I need to look out for?

Since these LED puddle lights are installed underneath the car where there can be a lot of debris and other hazardous objects, some pre-cautionary measures should be taken. These measures include (but are not limited to):

Puddle lights are not only pleasing to the eye to look at, but they are also add class and convenience to getting out the car at night; imagine pulling up to valet with a luxury car with LED puddle lights shining towards the ground.

The Comparison Between Business Energy Prices on Gas & Electricity

electricity Gas and electricity are some of the biggest business expenses and can be difficult to manage if you don't have... read more 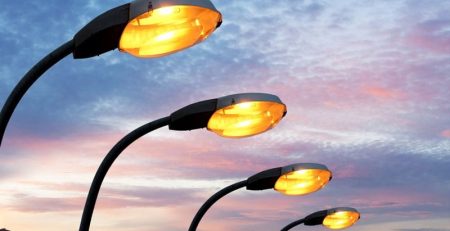 electricity Green is no longer just a color; it's a movement rooted in environmentalism and sustainability. As people around the world... read more

You may think that pipe bending is a rare necessity, but it is way more common than you think. Whether... read more

SCADA System Grounding - 3 Factors You Really Must Consider electric resistance The entire concept of lightning protection is to control and... read more

Methods on Testing the Voltage and Effectiveness of Your Stun Gun

electricity The stun gun is a device designed for personal protection. Its size is small, but its power is great. Because... read more

Most People Must Give Credit to Benjamin Franklin for Discovering Electricity

electricity Most people must give credit to Benjamin Franklin for discovering electricity. However, it is also necessary to give some (or... read more

Electrical cables have many different uses and they are each ideal for a specific application. From low voltage cables to... read more