What Is Electrical Load Capacity?

The term “electrical load capacity”refers to the total amount of power provided by the main source of electricity for use by your home’s branch circuits and the lights, outlets, and appliances connected to them.

How do you know if your current electrical service is adequate, or how do you plan for new electrical service? Determining this requires a little math to compare total available capacity against the likely load that will be placed on that capacity.

Calculating how much power your home needs is a matter of calculating the amperage load of all the various appliances and fixtures, then building in a margin of safety. Generally, it’s recommended that the load never exceeds 80 percent of the electrical service’s capacity.

To use the math, you need to understand the relationship between watts, volts, and amps. These three common electrical terms have a mathematical relationship that can be expressed in a couple of different ways:

These formulas can be used to calculate the capacity and loads of individual circuits, as well as for the entire electrical service. For example, a 20-amp, 120-volt branch circuit has a total capacity of 2,400 watts (20 amps x 120 volts). Since the standard recommendation is for the load to total no more than 80 percent of the capacity, this means that the 20-amp circuit has a realistic capacity of 1920 watts. So to avoid the danger of circuit overloads, all the light fixtures and plug-in appliances together on this circuit should consume no more than 1,920 watts of power.

It is fairly easy to read the wattage ratings of the lightbulbs, television sets, and other appliances on the circuit to determine if a circuit is likely to overload. For example, if you routinely plug a 1500-watt space heater into a circuit, and run several light fixtures or lamps with 100-watt bulbs on the same circuit, you have already used up most of the safe 1920-watt capacity.

The same formula can be used to determine the capacity of the house’s overall electrical service. Because a home’s main service is 240 volts, the math looks like this:

In other words, a 100-amp electrical service should be expected to provide no more than 19,200 watts of power load at any given time.

After you know the capacity of individual circuits and of the home’s full electrical service, you can then compare this with the load, which you can calculate simply by adding up the wattage ratings of all the various fixtures and appliances that will be drawing power at the same time.

You might think this involves adding up the wattage of all the light fixture lightbulbs, all the plug-in appliances, and all the hard-wired appliances, and then comparing this to the total capacity. But it is rare for all electrical appliances and fixtures to run at the same time—you wouldn’t run the furnace and the air conditioner at the same time, for example; nor is it be likely that you would be vacuuming while the toaster is running. For this reason, electricians generally have alternative methods for determining the appropriate size for the electrical service. Here is one method that is sometimes used:

This resulting number gives the suggested amperage needed to power the home adequately. You can easily evaluate your current electrical service by using this formula.

Other electricians suggest another simple rule-of-thumb:

Plan for the Future

It is generally a good idea to oversize an electrical service to make future expansion possible. In the same way that 100-amp service quickly became undersized when electric appliances become common, today’s 200-amp service may someday seem badly undersized when you find yourself recharging two or three electric cars. An oversized electrical service will also make it possible to run a sub-panel out to your garage or shed if you someday choose to take up woodworking, welding, pottery, or another hobby requiring lots of power.

In addition to this some of the pertinent issues, the industry faces in manufacturing products are:1. Regulatory Compliance and traceability:... read more

Romex Wire is Actually Made With THHN Conductors

Wiring Harness and Its Uses in Different Industry Sectors

Wiring harness comes in various options today as per their different areas of application. Read on to know more about... read more

Where to install a smoke detector and its positioning are as important as having this life saving device installed at... read more

LED Light Buying GuidePeople have been transitioning from traditional sources of lighting to new, efficient and safer ones for some... read more 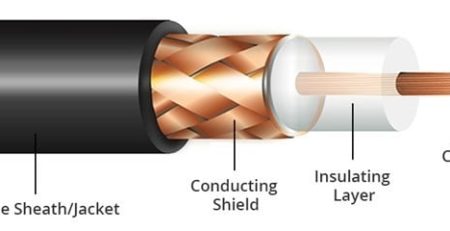 A Short Introduction to the RCA Cable

RCA cable tends to be one of those things that gets taken for granted. We have all grown up with... read more 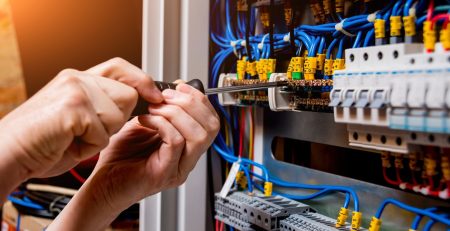