Cut Off the Cycle, Be Back in the Game

Cut Off the Cycle, Be Back in the Game

A player makes a mistake. The game goes on. The player may still be physically on the court, but all that time his mind is preoccupied with reflecting upon his mistake.

Mentally he is not in the game. The player is not capable of cutting himself off from these recurrent thoughts, not because he does not want to, but as a result of incessant operation of certain electrical circuit in his brain. The electric energy stimulates the recurrent thoughts; the player commits a series of faults.

On his way to the bench he “catches” the look of his coach and his frustration and helplessness feelings become even stronger.

In this stage we could have expected that the player will draw a deep breath and relax, however human beings are the only creatures that keep on responding to the source of pressure, even when it disappears. Thought has such powerful effect, that sometimes it works against us.

Bruce McEwen, Neuro-Endocrinologist, explains in his book: ” The End of Stress As We Know It”, that we are able to bring ourselves to a state of madness only by the use of thoughts, despite the absence of any apparent threat.

Physical fitness trainers test the recovery speed of the player after effort.

The faster he recovers, the better physically fit he will be diagnosed.

Researches showed, that when a player keeps concentrated during his rest, by way of inner focus, his pulse will go down quicker than the pulse of a player who is not concentrated. In our case, the ability of the player to cut himself off from the electrical circuit that is “locking” his brain, is the factor that will influence the time of his getting back to court and the extent of his mental preparedness. This skill can be called the mental recovery ability.

How can we help the player?

The following discourse is not directed to players, who experienced this phenomenon only on several occasions, but for players who found this is a typical behavior pattern they are suffering from. These players should be aware of their tendency to “lock” their brain after making a mistake in the game. Such simple recognition can motivate the player to come to this agreement with his coach: “I made a mistake- replace me before I do the next one”. This way the player becomes part of the decision to seat him on the bench and can maintain his self confidence by saying: “The coach is keeping me from trouble”.

In this preliminary stage it will be easier for the player to cut off the electrical circuit, which has just been incited in his brain. While the player is staying at the bench, I am offering that he would adapt few action paths, which can help in cutting off the cycle of thinking and to return back to the game:

A. Diaphragmatic Breathing, exercised in 3-6 breaths pace as follows:

1. The player sits with his body loose and exhales through his mouth.

2. He inhales through his nose (The stomach becomes full and inflated a bit)

and while inhaling – counts in the heart to 3. He holds his breath one more second – then slowly releases the air from his mouth (The stomach is emptied and returns inside- while counting to 6).

The player repeats this action during a minute and a half.

By this way the player tempers the response to stress, and also by applying the count he keeps inner focus, that prevents external distractions and negative thoughts usually associated with these kinds of situations.

B. “The clock” technique for re-anchoring the orientation point:

The player will be asked to repeat this process two times. On the whole, the player will dedicate one minute for re-anchoring his orientation point.

By the time the player retains his sense of orientation, he will be able to mark to the coach that he has recovered and now ready to return to the game.

Of course that the player needs to be trained and proficient with the “clock” technique, before he can make use of it in real time.

In course of applying these techniques, the player feeds the electrical circuit in his brain with stimulations that create new circuits in parallel to his relaxing breaths activity. Accordingly, part of the energy that feeds the recurrent thoughts, which bothers the player, will be shifted to the newly created thoughts and will catalyze the weakening of the initial circuit.

As complicated as it may seem, this process turns out to be simple and efficient after few focused training sessions. The fact that a simple agreement between a player and a coach makes it possible for the player to attain a degree of control of the situation is simple and amazing likewise.

Remember, the control element is essential for the mental recovery ability of the player. Allow him to control the process!

electricity Stop losing your money, you can build your very own windmill electricity that will be enough to power your entire... read more

How to Install a Wall Mounted LCD Television

Flat screen TVs are today one of the most popular home entertainment devices. Along with saving space, LCD TVs also... read more

5 Things You Need To Know When Camping Without Electricity

electricity At this day and age, camping has become more convenient. Most campsites offer electricity and other types of convenience. While... read more

While some say that wired headphones are better because they can deliver high quality audio others say that the wireless... read more 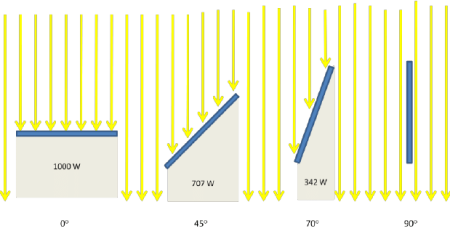 Areas of use of solar energy 1

electricity An electric car, as the name suggests, is a type of vehicle that moves by the power of batteries instead... read more

5 Reasons Why You Should Drive An Electric Vehicle (EV)

electricity Electric cars are no longer a dream. They are here today, and over the next few years there are due... read more