A consumer unit is the electrical device used to distribute power throughout a domestic dwelling. Acting as a safety device, protecting against injury through electrical shock, a consumer unit houses protection devices which also protect household appliances from overload.

A consumer unit’s first function is the organisation of electrical ‘circuits’, such that the different ways in which we use electricity throughout the home may be safely and more easily managed. A typical domestic installation, for example will have the following circuits: Ring main for power sockets and items like washing machines and TVs, Lighting, smoke alarms, cooker, shower etc.

This is the ‘Double Module’ device which sits on the far right hand side of a consumer. It usually has a big red bar switch and acts to isolate the entire board. This means that by manual operation it can cut power to every circuit in the installation. Main Switches are almost always rated at 100 amp, allowing it to isolate an installation which pulls no more than 100 amps in total across all circuits.

Mini Circuit Breaker. An MCB protects its circuit against overload. When for example a bulb blows on a lighting circuit the MCB cuts the power to the that circuit, thus protecting the other lights. No other circuits on the consumer unit have been affected. An MCB does not protect people against electric shock.

Residual Current Devices protect multiple circuits against earth leakage. This is a vital function of a consumer unit as it is earth leakage which causes electrical shock. RCDs measure the amount of electricity flowing into the consumer unit against the amount flowing out. When it detects an imbalance between the two it cuts the electricity supply to the bank of circuits it’s protecting.

Residual Current Breaker with Overload (RCBO). This clever device combines the functionality of an MCB and RCD and therefore allows for independent protection on individual circuits against both overload and earth leakage.

The mounting rail upon which are fitted the Main Switch, RCDs, MCBs and RCBOs.

The device which connects electrically the Main Switch, RCDs, MCBs and RCBOs.

The terminal bar which accepts all the neutral wires from the RCBOs and MCBs.

Unraveling The Specifications For Wire Rope

[ad_1] When you decide to purchase wire rope for your next rigging job you may need your acronym dictionary handy. But... read more

[ad_1] Light emitting diode or LED technology is a new sensation in commercial and residential lighting applications. Every dark area that... read more

Methods on Testing the Voltage and Effectiveness of Your Stun Gun

[ad_1] electricity The stun gun is a device designed for personal protection. Its size is small, but its power is great. Because... read more

[ad_1] RJ stands for registered jack which is a standardized physical network interface. It contains jack construction and wiring pattern for... read more

[ad_1] The Motor Control CenterThe MCC enclosure protects personnel from contact with current carrying devices, and it protects the components from... read more 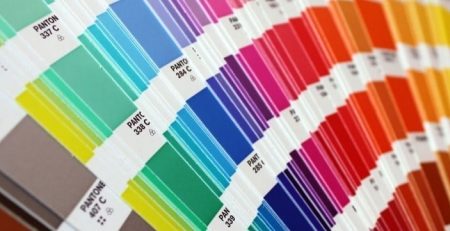 [ad_1] The Hans Coler Magnetstromapparat (German for "magnet power apparatus") was the first of Coler's zero point energy devices that he... read more